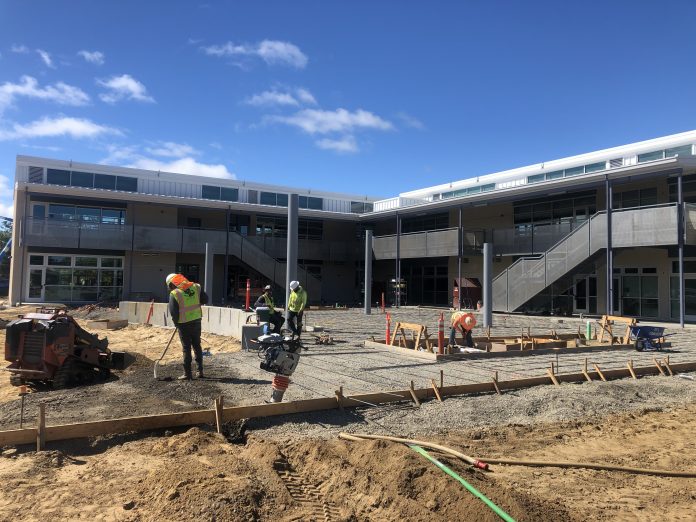 GILROY—Only one baseball player in Northern California gets the honor of being called the Player of the Year, and that player is Gavilan College pitcher Erik Barron.
Barron was named the Northern California Player of the Year during the California Community College Athletic Association State Championship Series in Fresno May 23-24.
“To have my peers vote for my guy Erik (Barron) to be Northern California Player of the Year was pretty shocking and surprising. Not that by any means he didn’t deserve it, just that it’s quite an honor,” Rams coach and Coast Pacific All-Conference Coach of the Year Neal Andrade said. “It’s pretty special for myself and the program to have one of my players recognized like that.”
Barron was also given an All-State team nod, along with teammate and outfielder Bryant Cid.
The POY and All-State honors compliment Barron’s 2015 Coast Pacific All-Conference Most Valuable Player award, which he was given earlier in the season. He was stellar on the bump for Gavilan, boasting a 1.55 ERA through 15 games. He helped his team to its first Coast Conference South title with a 6-2 record, which included 101 strikeouts and two saves.
Cid also earned First Team All-Conference honors earlier this year. The Christopher High alum led the Rams with 48 hits—including three homeruns—and in runs with 34. He also led in stolen bases with 15, and drove in 19 runs for Gavilan.
The Rams’ Matt Oxner rounded out the weekend’s honors by being named to the All-Northern California pitching team. Oxner was also named the Coast Pacific All-Conference Pitcher of the Year earlier this year. He had a 2.24 ERA and a 7-3 overall record with one save for Gavilan. He was second only to Barron in strikeouts, recording 58 this season.
Andrade said Barron is the first Ram in his 12 seasons as head coach to earn the NorCal Player of the Year award. He and Cid join an exclusive list of Rams that have earned All-State/All-American honors, which includes San Benito grad Seth Hudson in 2007, Sobrato alum Chris Bradley in 2012 and Danny Gutierrez of Santa Teresa High in 2014.
The Rams went 23-14 overall and hosted the CCCAA Regional Tournament May 1 and 2 against Cosumnes River, but were eliminated in two games.
“I think it was definitely a good cap on the season with not only these individual awards, but also with the (Coast South) Conference Championship and being able to host regionals,” Andrade said. “To cap (the season) with this kind of stuff is really cool.”
The following Rams earned All-Conference honors earlier this season:
Gabe Katich, pitcher, Second Team
Tony Amaral, infielder, Second Team
Kevin Burley, designated hitter, Second Team
Matt Peterson, infielder, Honorable Mention
John Forestieri, first baseman, Honorable Mention
Tyler Slayday, catcher, Honorable Mention
Sean Allen, outfielder, Honorable Mention

The Live Oak High wrestling team has been in...
High School Sports

Even with an outstanding 13-1 start, the Oakwood High...
High School Sports

The recent Covid surge has led to mass cancellations...