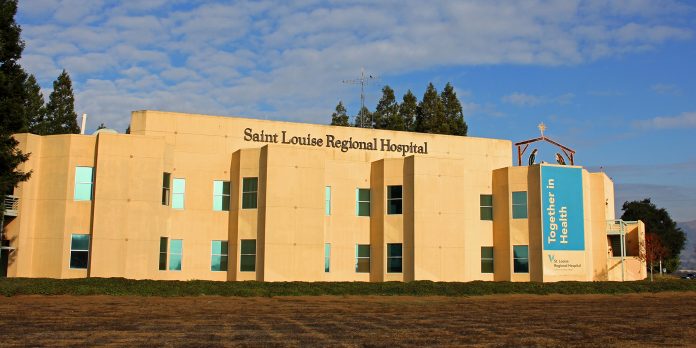 Hindsight 2019: A year of challenges for St. Louise

On the eve of 2019, Santa Clara County officials were surprised to find themselves in a heavyweight bout with the California attorney general.

Just as the county believed it had worked out the final wrinkles in a bankruptcy court-managed deal to buy two private hospitals for $235 million, Attorney General Xavier Becerra stood in its way, ready to deliver a knockout blow to the purchase—and shutter the only hospital in the county’s fastest-growing region. Appearing to take sides in a labor dispute, Becerra challenged the county’s ability to expand adequate health care with the purchase.

His January 2019 opposition nearly scuttled the purchase, which would have closed St. Louise Regional Hospital in Gilroy.

The county’s multi-round battle with Becerra—which it won in February—was followed by three volatile and highly publicized labor disputes—one of which is continuing into 2020—that also tested the stamina and vision of the first big expansion of the county’s healthcare system.

Then as the new hospital system was reeling from all these punches, events that followed a torrent of gunfire in a single minute on July 28 dramatically underscored the relevance and importance of the county’s new Gilroy hospital.

The lone killer had shot himself in the face of a hail of police gunfire less than a minute after firing 39 rounds from an automatic rifle into a crowd at Christmas Hill Park.

St. Louise was just minutes away from the horror at the park, and the quick response of its emergency and medical staff provided invaluable treatment and triage for shooting victims that summer evening. The helipad at the Gilroy hospital flew patients to San Jose’s only Level One trauma center at St. Louise’s new sister hospital, Santa Clara Valley Medical Center.

The county had been the only bidder in the summer of 2018 when Verity Health Systems, owner of St. Louise and O’Connor Hospital in San Jose, put its hospitals up for sale as part of its bankruptcy proceedings.

Verity Health had been keeping its six hospitals alive on life support since it was created to salvage the assets of Prime Healthcare Services. Prime Healthcare hadn’t been able to survive the debt created to buy St. Louise, O’Connor and four other hospitals from the financially  strapped Daughters of Charity in 2014. The county purchase five years later ended those years of healthcare uncertainty for Morgan Hill and Gilroy, two cities served by St. Louise.

In March, the California Nurses Association led protests and a legal fight to wrest representation from a rival union that holds the contract with the county, the Registered Nurses Professional Association. The challenging union’s efforts failed and the nurses association, after gaining permission from its members to strike, reached an agreement in December with the county for 17 percent in wage increases over four years.

One big labor hurdle remains: The Service Employees International Union Local 521, whose 11,000 members represent more than half of the county’s employees, including hundreds at the hospitals. Mediation efforts failed, but county officials hope to reach an agreement before the labor troubles roil the early-starting political season.

The county invested $90 million in infrastructure upgrades at St. Louise and other two county hospitals in 2019, and county supervisors believe the prospects of an end to labor strife and improved healthcare services for thousands of county residents means the initial $235 million investment was worth it.