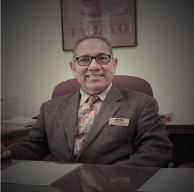 Asst. Supt. of Ed. Services will finish out school year

One of Morgan Hill Unified School District’s education leaders is leaving the district at the end of the 2018-19 school year, according to a Jan. 27 press release.

Ramon Zavala, MHUSD’s Assistant Supt. of Educational Services for the last four years, announced Jan. 28 that he is resigning from his current position on the executive cabinet.

His last day of work will be June 30.

“Since I am now eligible for full retirement, I want to dedicate my time to personal matters and work on exploring new opportunities,” Zavala said.

“I have enjoyed working in this leadership position and have appreciated all that I have experienced and learned,” Zavala said. “It has been wonderful working with my teams and staff.”

During his tenure, Zavala helped produce blueprints for success such as the District Master Plan for English Learners (IMAGINE), Project 2Inspire, and the new Visual and Performing Arts Strategic Plan. He was also an integral part of organizing services to all students including programs that perpetuate a college and career going culture, according to staff.

“I am grateful that the students and schools in Morgan Hill Unified have been positively impacted by Dr. Zavala’s work since he joined our team,” Supt. Steve Betando said. “His work in this district has always been led by a ‘students-first’ focus, and we couldn’t be more grateful for his dedication to California’s youth.”

The district will immediately begin a search for Zavala’s replacement, according to staff. The position is posted on the education recruiter site, edjoin.org. The salary listed is $184,976 per year with up to $3,000 in degree stipends.

Nancy Altman-Palm has widened her lead to nearly 80...
Business

With potentially thousands of ballots still uncounted in Morgan...