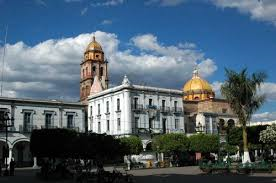 Sister Cities of Morgan Hill has added Ameca, Mexico to its roster of city-to-city connections, according to a Jan. 7 announcement.

“The relationship between the cities is intended to promote the spirit of friendship, international cooperation and goodwill between Morgan Hill and Ameca,” according to organizers.

Examples of activities within Sister City relationships include visits between citizens of both cities, cultural exchanges between art, music, performing arts, sports and other areas of mutual interest, plus possible affiliations between schools and student organizations.

The relationship was formalized in a Morgan Hill Proclamation on Nov. 30, signed between then-Mayor Steve Tate and Juan Valentín Serrano Jiménez, Municipal President of the City of Ameca.

For example, the two Rotary Clubs have worked together since 2009 to provide computers, technology and infrastructure improvements to all of the primary schools in Ameca’s inner city. In 2015 they signed a “Sister Club” proclamation, parallel to what the two Sister Cities Associations are currently planning. Peter Anderson, former president of Rotary Club of Morgan Hill, and John Kelley, vice president of SCMH, worked together on behalf of SCMH to usher in the newest friendship inaugurated in January 2019.

“Rotary Club of Morgan Hill’s existing great work was a perfect springboard for Sister Cities, and we are grateful for the lead in,” said Amy Whelan, president, Sister Cities of Morgan Hill. “It is exciting to see what will unfold in 2019 and beyond, especially since our existing Sister City relationships have spurred so many great activities, like student and cultural exchange programs with Mizuho, Japan, and San Casciano, Italy.”

Specifically, the San Casciano Exchange Program is actively searching for Morgan Hill families who are interested in hosting an Italian student in July for two weeks. If interested in finding out more, contact [email protected] Host families should have a teen who is entering 10th or 11th grades, approximately 15-17 years old.

If interested in learning more about Sister Cities in general, the group hosts member meetings every fourth Thursday of the month, 7pm, at the Morgan Hill Centennial Recreation Center. The next meeting is scheduled for Jan. 24, in a meeting room in the senior center.

Live Oak High School staff are on a mission...
Business