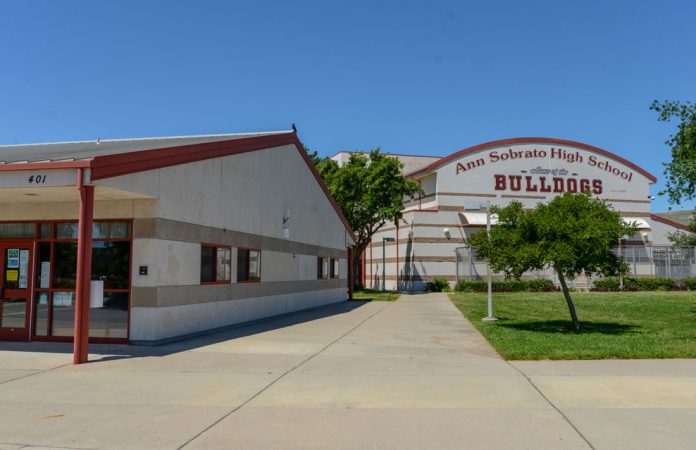 Sobrato and Live Oak high schools both were recognized this year as one of the top public school sites in the country.

Sobrato and Live Oak were ranked 175th and 502nd, respectively, out of 2,605 high schools in California.

Sobrato High Principal Courtney Macko said in an email that receiving the honor is validation of the hard work of the students and staff. She also mentioned it was their commitment to learning and growing together.

“We are proud to once again be counted among so many excellent schools, and we value our community’s support of the success of our students,” she said.

According to U.S. News, graduation rates and college readiness are key factors for the path to a higher education, which are the metrics used to determine the 2020 Best High Schools that were announced Tuesday.

Live Oak Principal Tanya Calabretta said in an email that the Acorn family is honored and proud to be ranked among the best high schools in the nation and state.

“Our staff and students strive for personal and collaborative academic excellence,” she said. “And in the face of current times, this is yet another reason we will continue to do what is best for students.”

According to U.S. News and World Report, the ranking methodology draws from data for the 2017-18 school year using both state and federal datasets. The rankings include data on more than 24,000 public high schools throughout the country including the District of Columbia.

The high schools were ranked on six factors such as performance on state math and reading proficiency tests.

The rankings also include an analysis of detailed statistical information including school-specific data on enrollment, diversity, graduation rates, participation in free and reduced-price lunch programs, state assessment results along with AP and IB test participation and performance.

Tina Plank, an English teacher at Live Oak, said 27 freshmen students from her class had their work published with Creative Communications, which is an online writing contest for students.

Creative Communications named Live Oak a distinguished school for having so many students practice online learning.

“When students can get rewarded for their creativity and their poetic voice it’s an honor,” Plank said.

Plank said it means a lot to the students when someone outside of the school community recognizes their ability and talent.

“I think it’s a great validation,” she said. “I think it speaks also to the students’ academic integrity in that it wasn’t an assignment that was assigned. It’s something they did for extra credit, for fun.”

Sobrato and Live Oak are also Gold Ribbon Schools, which is a distinction granted to outstanding public schools that demonstrate exemplary achievements in implementing state standards in priority areas.

Steve Betando, superintendent at Morgan Hill Unified School District, said they couldn’t be more pleased to see the two comprehensive high schools receive recognition for their achievements as they have in the past.

“The consistent work toward improvement and excellence is driven by the students and the invaluable guidance of their leadership staff,” he said.