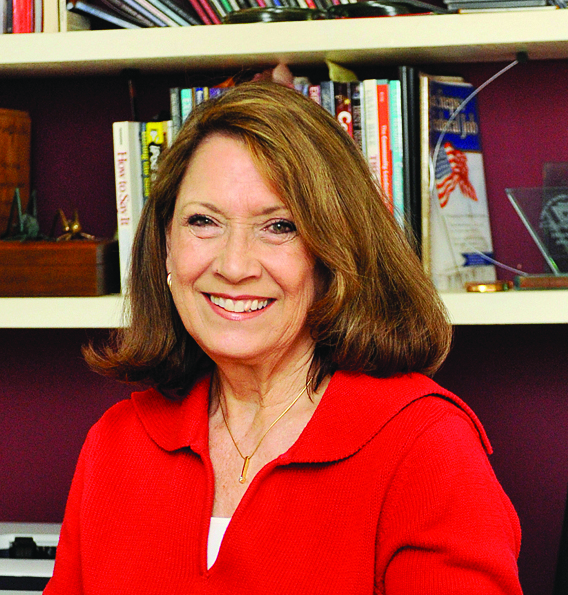 Cricket Rubino, a longtime local volunteer and supporter of community-building efforts, has been selected as Leadership Morgan Hill’s recipient of the 2020 Leadership Excellence Award.

Rubino will be presented with the prestigious award July 18 at a Garden Party outdoor celebration and fundraiser at Guglielmo Winery, reads a press release from Leadership Morgan Hill.

“It’s wonderful to honor someone that has contributed so much to the Leadership organization as a program graduate and a former board member, board chair and program coordinator,” said Byron Kelley, Chair of Leadership Morgan Hill. “Her support of the youth and the seniors in Morgan Hill is exemplary.  She is so deserving of this recognition.”

The Leadership Excellence Award recognizes the vision and leadership of an individual each year who advances the spirit of community and charity in Morgan Hill; reflects courage and insight; and inspires others to lead in a similar manner.

Rubino has a reputation for being “genuine, caring, positive and charismatically outgoing,” reads the press release.

Rubino’s involvement in and support of the community goes back to when her children attended Morgan Hill schools. She spent 27 years assisting her husband, Michael, as color guard coach for the Live Oak High School marching band. During that time, the band brought home a national championship and traveled to China to perform on the Great Wall, according to the press release.

When her two children attended P.A. Walsh Elementary School, Rubino supported them through the Home and School Club and the School Site Council. Since 2002, Rubino has supported the YMCA as a board member and president.

In 1995, Rubino launched her own home-based business offering outsourced administrative services. She ran her company successfully for 17 years.

Through her service to the YMCA, Rubino  became involved with the Morgan Hill Senior Center. When the recession of 2008 led the city to cut funding to the senior center, Rubino and other senior advisory committee members led fundraising efforts that covered almost all of the $30,000 budget shortfall, according to the press release.

Years ago, Cricket and Michael Rubino, along with the band boosters, started a weekend bingo game to help raise funds for the LOHS marching band. Dovetailing on the success of that event, Cricket Rubino helped establish a Tuesday night bingo game, which still continues, to support the senior center.

Family is also important to the Rubinos. “Cricket and Mike, together with their two kids and two grandchildren, are a close-knit family that enjoys being and doing many things together,” reads the Leadership Morgan Hill press release. “The Rubinos have always enjoyed traveling to new destinations and are able to do more now in their semi-retired years.”

The Leadership Excellence Award is presented annually by a committee consisting of all previous award winners. In addition to honoring Rubino, the July 18 garden party will raise funds that benefit Leadership Morgan Hill, a nonprofit educational organization now in its 25th year of building community leadership.

For more information about Leadership Morgan Hill and the July 18 Garden Party gala—including how to purchase tickets to the event—visit leadershipmorganhill.org.