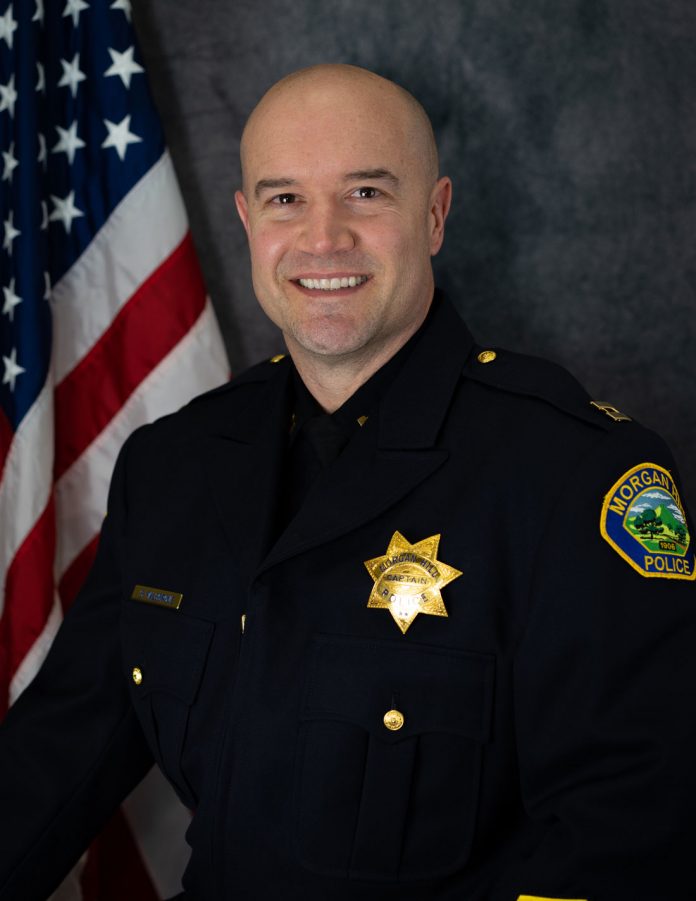 Former captain has served as interim chief since April

Palsgrove, who started working for MHPD in 2001, has been serving as the department’s interim chief since April. He replaces former Chief David Swing, who accepted a position earlier this year as the City of Pleasanton’s chief of police.

“Captain Palsgrove stepped in as the Interim Chief during an incredibly difficult time and has provided sound leadership and direction for our police department, while working collaboratively with the city leadership team,” Mayor Rich Constantine said. “I am confident that he will provide the long-term leadership needed in this critical role.”

Councilmember Larry Carr added, “I have worked with Captain Palsgrove for many years during my tenure on the city council. I have always been impressed with his collaborative approach and commitment to our Morgan Hill Community.”

Palsgrove started working for the City of Morgan Hill in 2001, starting his career as a sworn police officer. He worked up the ranks as detective, corporal, sergeant and then captain.

Over the years, he has had the opportunity to work and supervise in all areas of the department, the press release says. Most recently, he has served as the Interim Police Chief providing “critical leadership” during the Covid-19 pandemic and the national civil unrest following the death of George Floyd in Minneapolis.

“As a member of this department for almost 20 years, I know first-hand that the men and women who work to make Morgan Hill safe truly take pride in serving the community they love,” Palsgrove said. “I look forward to working alongside the  talented and dedicated members of this department. As such, the diversity of our department is among my top priorities. Moving forward as chief, I will work to ensure that our officers, dispatchers and support team continue to reflect the rich diversity of our city and region. There will be challenges and opportunities ahead for our department and the community but by working together, we can make Morgan Hill an even greater community in which to live, work and play.”