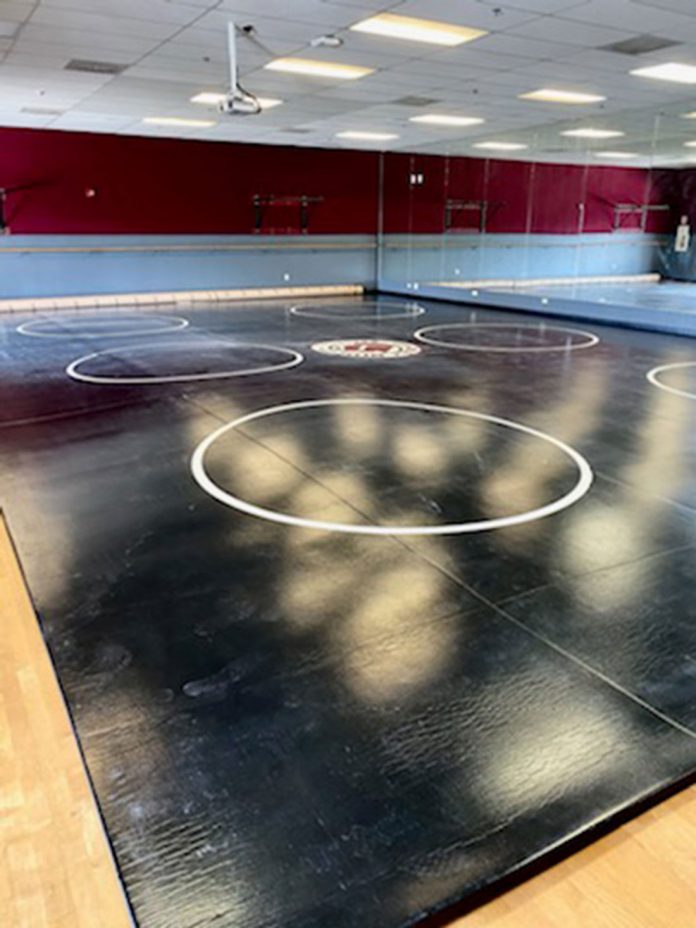 Even though high school sports competition has been suspended since March 2020, athletic directors and coaches are still busier than ever with scheduling and fundraising. The latter remains an absolute necessity as teams are responsible for generating funds to pay for certain expenses that go beyond their school’s means.

At Sobrato High, football coach Jubenal Rodriguez and wrestling coach Joel Valencia are always thinking of ways to generate money for cash-strapped prep sports programs. Rodriguez recently spearheaded an effort for the football team to host a golf tournament, part of his greater vision to reach out to Sobrato alumni and keep them coming back to support Bulldogs athletics.

The benefits are twofold: one, it establishes a community where everyone feels proud of the school; and two, support for the program grows because alumni members feel they’re invested in something special.

“One of our goals is not only to fundraise but to build an alumni network because the first Sobrato graduating class was in 2007,” Rodriguez said. “This is the first step in creating a really cool family atmosphere.”

Valencia simply wants the athletes at the school to have accessibility to quality equipment and facilities. To that end, Valencia, a director of Global Talent at Facebook, teamed up with friend Kyle Yumen, an engineer manager at Santa Clara-based NVIDIA, and last summer raised approximately $20,000 for the nonprofit Bulldog Wrestling Club, a feeder system for the Sobrato wrestling team.

That allowed Valencia and Yumen—who are also board members of the Bulldog Wrestling Club organization—to purchase two mats to be used by the club and high school team, along with new uniforms and singlets.

Sobrato Athletic Director Lawrence Crawford believes the school was still using the original mats that were purchased when the school opened 14 years ago.

Yumen and Valencia used their tech backgrounds to generate funds for a good cause. Valencia said they raised $10,000 through the NVIDIA Project Inspire platform and another $10,000 from the company’s new Inspire 365 initiative, which matches an employee’s donation of up to $2,500. Valencia and Yumen put together a video to highlight the club, high school and student-athletes to help spread the word of the fundraising effort.

“And Kyle put it up on site at his work, and as a result people donated,” Valencia said.

By taking care of the fundraising efforts, Valencia and Yumen accomplished their goal of allowing the wrestlers to have more focused time on the mat.

“It lets the wrestlers focus on wrestling and training while the donors take care of the financial side of things,” Yumen said.

Due to the success of this particular fundraising project, Valencia and Yumen plan on kick-starting another one to benefit the rest of the sports teams at Sobrato. They have an ambitious goal to raise $100,000.

In a recent conversation with Sean Tate, Yumen said the Sobrato boys basketball coach told him the program was “suffering somewhat financially.”

“In my mind I’m thinking, ‘We saw what impact fundraising had for the wrestling program, so why not try doing one for other sports?’” Yumen said. “We want to do whatever we can to help the kids out.”

Yumen said 100 percent of the money raised from the NVIDIA Inspire fundraising effort goes directly to the school—in this case Sobrato. Never one to think small, Valencia sees the next fundraising project as an opportunity to not only help a variety of sports teams but also provide scholarships for student-athletes.

“I think we can raise a lot more (in this next fundraiser project),” he said. “We feel like by getting the word out we can make an even bigger impact.”

Should fundraising do well this go-around, Valencia envisions offering four scholarships—two to Sobrato student-athletes and two to Live Oak—for 2021. It’s no secret that kids in youth sports—especially in California—have suffered mentally and physically due to competition being shut down.

“Right now youth sports are hurting pretty bad,” Valencia said. “It’s hard not only because of Covid, but a lot of them are unable to play because it’s hard to raise money either individually or as a team. We’d like to give the kids the opportunity to play. In this scenario, the kids don’t have to fundraise; instead, they can focus on training.”

The need for fundraising, planning and scheduling never stops, even when most high school sports have been placed on hold (cross country can resume competition the week of March 8). That’s why Rodriguez—the first-year Sobrato football coach—has been on top of things and organized the first annual Bulldog Classic Golf Tournament put on by the football team at Coyote Creek Golf Course on May 22.

“This is an opportunity to create memories and some funds,” Rodriguez said. “Given the circumstances of Covid, we thought a golf tournament would be perfect because it naturally allows for social distance.”

Usually at this time of year, Rodriguez is preparing for the off-season. However, given the small chance the 2020 season will be played this spring, he’s juggling multiple projects.

“Right now I have a Plan A and a Plan B,” he said. “Plan A is preparing for the potential season in the spring, and Plan B is preparing for the off-season and a season in the fall. In either case, I have to prepare fundraisers for both plans. Fundraising never stops when you want to build a first-class experience for these student-athletes because you have to support it and maintain all the things that go into providing an environment and culture we want to build for Sobrato football.”

Due to the large number of participants, the cost of running a high school football team exceeds that of any other sport at the prep level, making fundraising a never-ending priority. In most cases, each public school has a certain amount of help from its district. That usually covers the reconditioning of helmets and shoulder pads and whatever is left over is used to take care of basic needs.

After doing inventory months ago, Rodriguez noticed the team didn’t have any footballs or the minimal amount of practice equipment, including practice jerseys.

“So I immediately started an online donation campaign with our families, and they did a really good job with that,” he said. “Receiving support from the community gets you excited, and now we have everything we need to start a solid foundation on which to build this program.”

Any type of fundraising has to go through the school’s athletic director, and to that end Crawford knows Rodriguez and Valencia have been resourceful in putting together avenues that make it easy and get people excited about making donations for the betterment of high school sports. Crawford is particularly proud of Rodriguez and Valencia’s hard work and ingenuity to better their athletes’ experience.

Crawford sees tremendous value in Rodriguez’s quest to build a tradition-rich football program at Sobrato, where in an ideal situation former players would come back in droves to help the team not just financially but in other ways.

“The golf tournament fundraiser is a great opportunity to start reaching out to our alumni community,” he said. “The oldest of our alumni are now in their 30s, and we really want to engage them. Football always needs more funding than other sports—it’s just the nature of the beast because there are more participants meaning there is more equipment to buy—so events like this are very important because it’s an outreach opportunity.”

Crawford also referred to Valencia as a “champion for high school athletics,” noting his avid support for all the sports teams at Sobrato. In particular, Valencia has elevated the profile of the Sobrato wrestling program, which last year saw his daughter, Nyla, win the school’s first-ever CIF state championship.

“Joel is doing big things as a parent, and we’re all appreciative of that right now,” Crawford said.

Sobrato recently created an online crowdfunding platform, similar to GoFundMe, to make it easy for anyone to donate to its athletic program. The Bulldogs booster club also plays a vital role in fundraising, operating the concession stand at football games and being a presence at prominent citywide events to raise money.

In some ways, Crawford’s job has gotten busier during the pandemic, because he still has to plan and schedule things as if each team was going to have a season. During his precious few moments of downtime, however, Crawford works on different projects that he wouldn’t get to focus on in a normal year, including revamping the weight room, athletic training room and purchasing a new ice machine.

The latter is a rather indispensable commodity as athletes need to be constantly iced due to soreness or injury while at practice or during competition.

“The work never ends,” he said.

The Bulldog Classic Golf Tournament features a 18-hole shotgun, four-person scramble starting at 8:30am May 22. All Sobrato alumni and members of the community are encouraged to register for the event. Proceeds go to the Sobrato athletics program. For more info, contact Jubenal Rodriguez at [email protected] and (408) 706-6714 or go to https://bit.ly/2N551K3.

Emanuel Lee
Emanuel Lee is the sports editor of the Los Gatan, Gilroy Dispatch, Hollister Free Lance and Morgan Hill Times. An American High and University of Kentucky alumnus, he primarily covers high school athletics, Gavilan College, various youth sports in south Santa Clara/San Benito counties and pro sports on occasion. Two decades of journalism experience and recipient of several writing awards from the California News Publishers Association. With the Weeklys/NewSVMedia group since 2013. Emanuel has run eight marathons with a PR of 3:13.40 (7:24 mile pace), counts himself as a devoted follower of Jesus Christ and loves spending time with his wife and their two lovely daughters, Evangeline and Eliza. Coaches, athletic directors and parents are encouraged to report scores to [email protected]