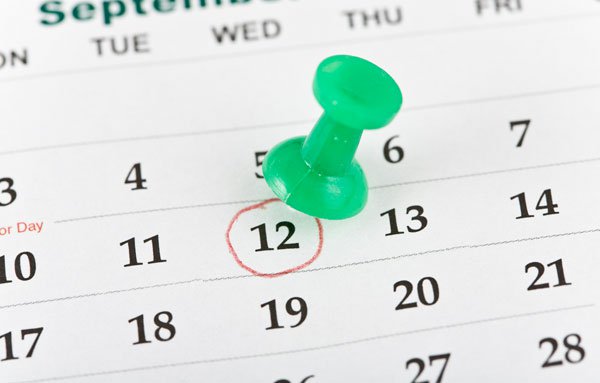 Nicholas Wilson, of Morgan Hill, graduated from the University of New Hampshire in December 2022

There are two sandbag stations in Morgan Hill, with supplies for residents who desire to protect their homes or property during inclement weather. One is near the El Toro Fire Station, at the intersection of Old Monterey and Monterey Roads, and the other is at the city’s Corporation yard, 100 Edes Court.

City staff is monitoring sandbag supply levels and replenishing them as needed. Some City-provided shovels are available for use, but residents may want to bring a shovel, according to city staff.

The Morgan Hill Library, 660 W. Main Ave, and the Centennial Recreation Center (CRC), 171 W. Edmundson Ave. (behind AutoZone on Monterey Rd.) will be open during regular business hours as warming centers during inclement weather, according to city officials.

The VTA will continue to provide free rides to county warming centers. Learn more at emergencymanagement.sccgov.org/residents/cold-weather-safety.

The help comes following the winter storms that started Sunday in the state. Bay Area counties that can receive aid include Napa, San Mateo, Santa Clara and Sonoma. The declaration also includes nearby Monterey and Santa Cruz counties as well as other California counties.

The storm affecting the Bay Area and beyond has prompted evacuations, flooding, downed trees, mudslides and power outages.

An ending date for the aid is open because the weather hasn’t cleared up yet. State and federal officials will decide on an ending date.

The assistance granted to California counties is in the form of direct federal assistance, which means FEMA can task other federal agencies to provide help to the counties if the help is needed.

The aid may not be needed and therefore not provided by the federal government.

Aid to families and households is not currently authorized by the president.

The Internal Revenue Service has extended its annual tax return due date by a month for people who live in areas impacted by the recent storms, the IRS announced on Jan. 10.

California storm victims now have until May 15 to file their individual or business taxes if their area was declared an emergency by the Federal Emergency Management Agency.

Eligible taxpayers will also have until May 15 to make 2022 contributions to their IRAs and health savings accounts.

Taxpayers will not have to do anything to initiate the extension, the IRS said, and do not have to contact the agency to get this relief.

Morgan Hill resident Thomas Dougherty was named to the Dean’s List of the University of Wisconsin-Madison for the fall semester. Dougherty is a student of the university’s College of Letters and Science.

Students who achieve at a high level academically are recognized by the dean at the close of each semester, says a press release from University of Wisconsin-Madison. To be eligible for the Dean’s List, students must complete a minimum of 12 graded degree credits in that semester.

The AAUW Morgan Hill branch will host a free program on the crisis of Missing and Murdered Indigenous Women at the Morgan Hill Library, 660 West Main Ave. The program is scheduled for 7-8:30pm Jan. 25.

According to the Bureau of Indian Affairs, violence against indigenous women far exceeds the national averages.

“The complete storyboard for this crime pattern is not two individuals and a crime scene but all of the above–the government, culture, and economics–layered upon the lives of Native women and Indian nations,” says the National Indigenous Women’s Resource Center. “Understanding the legal and social infrastructure that place Native women in harm’s way are essential to changing this crime story of the last 500 years. It also requires reeducation of mainstream America to understand both the past and present truths of American Indian Nations and the women of those Nations. This two-fold process of legal reform and cultural reeducation can direct the changes required at the national, state, and county levels.”

The goal of the Jan. 25 program is to raise awareness of the epidemic of violence against indigenous women, and discuss the next steps in how to respond to the crisis.

The program at the Morgan Hill Library will also be streamed online via Zoom: https://tinyurl.com/4mytubx5.

Nicholas Wilson, of Morgan Hill, graduated from the University of New Hampshire in December 2022. Wilson earned a BA in History.

“The University of New Hampshire inspires innovation and transforms lives in our state, nation and world,” says a press release from the university.

More than 16,000 students from all 50 states and 71 countries engage with an award-winning faculty in top-ranked programs in business, engineering, law, health and human services, liberal arts and the sciences across more than 200 programs of study.