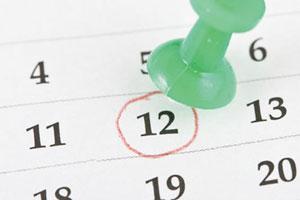 The City of Morgan Hill will host a virtual town hall on the city’s Housing Element, from 5:30-6:30pm June 23

They are among approximately 25,000 students, faculty, professional staff and alumni to be initiated into Phi Kappa Phi each year, according to a press release. Membership is by invitation only and requires nomination and approval by a chapter.

Phi Kappa Phi was founded in 1897 under the leadership of undergraduate student Marcus L. Urann who had a desire to create a different kind of honor society: one that recognized excellence in all academic disciplines. Today, the Society has chapters on more than 325 campuses in the United States, its territories and the Philippines. Its mission is “To recognize and promote academic excellence in all fields of higher education and to engage the community of scholars in service to others,” says the press release.

Robert Josiah Bengel, of Morgan Hill, was named to the spring semester 2022 Dean’s List at Iowa State University. Bengel is a mechanical engineering major, and is a member of the university’s Class of 2024, according to a press release.

About 9,500 Iowa State University students have been recognized for outstanding academic achievement by being named to the spring semester 2022 Dean’s List. Students named to the Dean’s List must have earned a grade point average of at least 3.50 on a 4.00 scale while carrying a minimum of 12 credit hours of graded course work.

Join the City of Morgan Hill and others for an informal town hall meeting to discuss the amenities of the Upper Llagas Creek trails, viewing platform at Lake Silveria, openings and other questions from the public regarding dates and other planning for public use of the Flood Control Project.

The town hall is scheduled for 5pm June 22 at the Centennial Recreation Center, 171 West Edmundson Ave.

Emily Rosa, of Morgan Hill, has earned a place on the Dean’s List at Dean College for the spring 2022 semester.

Students named to the Dean’s List have demonstrated a serious commitment to their studies while at Dean College, according to a press release from the college.

Founded in 1865, Dean College is a private, residential college located in Franklin, Mass.

The City of Morgan Hill will host a virtual town hall on the city’s Housing Element, from 5:30-6:30pm June 23.

2023-2031 period as required by state law, says an email newsletter from the city. The Housing Element establishes policies and programs to address Morgan Hill’s existing and projected housing needs for all economic segments of the community.

Comments will be accepted through July 5. Feedback and comments may be directed to Adam Paszkowski, Principal Planner, [email protected] or 408.310.4635.

The virtual town hall meeting will also be streamed live on Facebook at https://www.facebook.com/morganhillengage/.