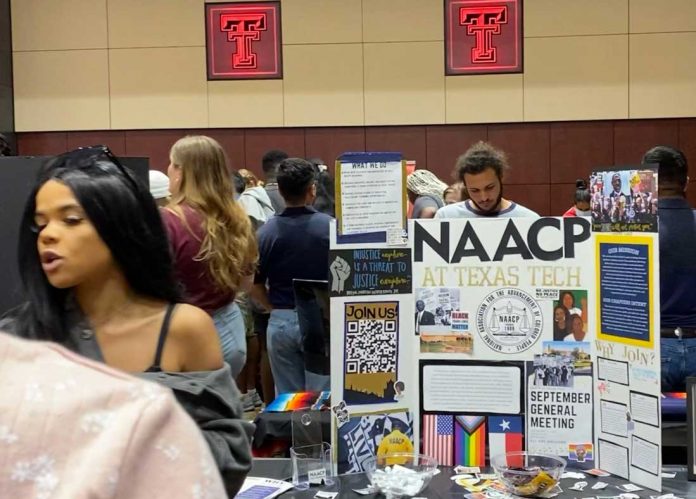 When Morgan Hill local Ellie Mae Fisher started at Texas Tech University in fall of 2018, she was shocked that there was not a National Association for the Advancement of Colored People (NAACP) chapter there already.

“Why did I come here if they don’t even have something as simple as the NAACP?” Fisher asked herself.

The NAACP recommends having an organizing group of seven to ten people to start a chapter but Fisher did it all on her own. In order to activate a charter, the group must have 25 paying members. However, finding members for the Lubbock, Texas-based university’s first NAACP chapter during the pandemic posed a challenge for Fisher.

“I don’t have something I can show these people. I don’t have a previous chapter example where I can say ‘look at these experiences. Look at what this chapter can do for you,’” Fisher stated.

Fisher’s passion for racial justice started when she was attending Live Oak High School in Morgan Hill. Fisher and her twin sister, Cara, were adopted into a white family at a young age. Growing up in a predominantly white area and attending schools where she and her sister were two of the few black students is what pushed Fisher into racial justice.

“We were so minor in our towns that we couldn’t even be considered a minority,” Fisher said.

Fisher said that her high school experience would not have been the same if she had not had the support of her sister and mother. Her mother, Vicki Flagg, was the first member of the Texas Tech NAACP chapter and has supported her daughter since the beginning.

“Ellie has been a leader since she could talk! Ellie isn’t a conventional kid; she has her own style, and own objectives. If she wants something, she never gives up,” Flagg said.

The Texas Tech NAACP chapter was officially recognized by the NAACP on July 18 and was recognized by the school on Aug. 7. Now that the chapter has expanded to 103 members, Fisher hopes to start getting involved in both the Lubbock and campus community.

“We are the NAACP and every single person who has ever been a part of this should wear that with pride,” Fisher said. “We can do a lot of beneficial things on this campus that haven’t been done before.”

Texas Tech is the last school in the Big 12 Conference to install a chapter of the NAACP, Fisher added.

The NAACP was founded in 1909 by a group of civil rights activists that included W.E.B. DuBois, Mary White Ovington, Moorfield Storey and Ida B. Wells. The nationwide nonprofit is “the home of grassroots activism for civil rights and social justice,” and today has more than 2,200 chapters and 2 million members, according to the website naacp.org.