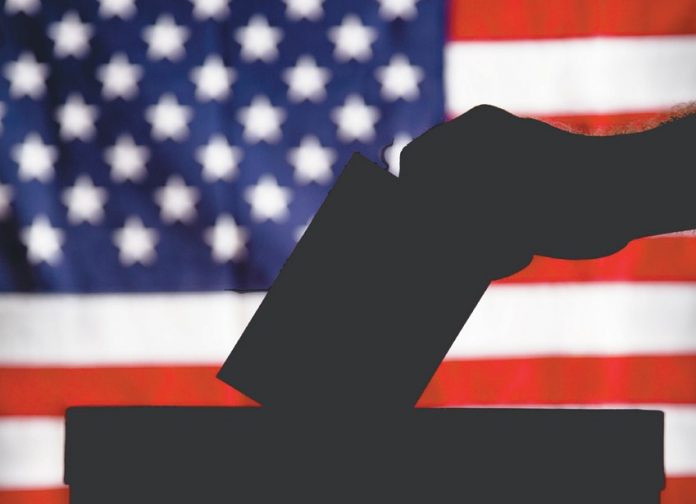 Initiative banning e-commerce centers will go to voters in 2022

The voters will have the chance in 2022 to approve or reject a city ordinance that prohibits distribution and fulfillment centers in Morgan Hill, but will also get to see these policies in action over the next year-plus as the city council has already adopted them.

The Morgan Hill City Council on April 7 unanimously adopted an “urgency ordinance” that implements an exhaustive ban on e-commerce style fulfillment centers in the city limits. The ordinance took effect immediately, and the council has 45 days to ratify it for the next 11 months or so.

The urgency ordinance is a compromise or “collaborative solution” between city officials and the Morgan Hill Responsible Growth Coalition, which collected more than 3,500 signatures starting in August for a different initiative that prohibited distribution centers by restricting certain building characteristics.

Under the new compromise, the MHRGC will withdraw its original initiative in exchange for the council’s vote to place the new proposal on the November 2022 ballot. The council made that vote unanimously on April 7.

City staff explained that if the voters approve the new ordinance in 2022, a future council would not be able to change or amend it without a subsequent election.

City officials and MHRGC supporters have been consistently vocal in their desire to prohibit fulfillment centers in Morgan Hill, but have disagreed on how to reach that goal. The compromise ordinance that was enacted on April 7—and will appear on the 2022 ballot—prohibits buildings that propose all three of the following characteristics: 75,000 square feet or greater in size; ceiling height of 34 feet or higher over more than 25 percent of the floor plan; and more than one dock-high door per 25,000 square feet.

The compromise is different from the original MHRGC initiative in that it clarifies definitions and other language, making it easier to understand and enforce, according to City Attorney Don Larkin.

The original MHRGC initiative would have prohibited buildings with a “clear ceiling height” of 24 feet or higher. MHRGC proponent Joe Baranowski explained an important difference is not the number of feet in the height, but the use of basic ceiling height as opposed to the industry term “clear ceiling height.” The latter of these is often not known until after a building is constructed, while the final proposed ceiling height is often included in plans submitted to city staff before construction begins.

“(The) joint proposal, which is now enacted, will discourage buildings from being constructed which are optimized specifically for distribution uses while giving advanced industries and (Research and Development) tenants operational flexibility they need to succeed,” Baranowski said in an email. “With e-commerce being the dominant driver in the industrial market, doing everything possible to stop distribution uses from proliferating in our town is a necessary and worthy goal.”

City officials had been concerned that with a restriction of 24 feet in clear ceiling height, some existing industrial businesses with higher ceilings might be discouraged from expanding in Morgan Hill under the original initiative. Larkin said these businesses—which number less than 10 throughout the city—would be in compliance under the 34-foot ceiling restriction.

Council members and MHRGC members celebrated the approval of the compromise, but the victory was bittersweet for some as the process exposed divisions among the public and sent the wrong message to existing Morgan Hill businesses, according to some who commented at the April 7 meeting.

City officials are also worried about what seems to be a growing concern that Morgan Hill may be seen as unfriendly toward business. This perception arose after the discussion of the MHRGC initiative began in late 2020, according to city officials.

Scott Unger of Toray Advanced Composites—which has a corporate industrial facility on Butterfield Boulevard—said the city should be careful about implementing restrictions that might cause existing business owners to worry about their future. Toray, he said, will be in a position to expand in the near future, but now the company “may be pushing up against this ordinance” if they want to grow in Morgan Hill.

“I would caution the council and mayor that it does signal to the business community that there is a potential for a business-unfriendly climate growing in Morgan Hill,” Unger told the council April 7.

City officials and MHRGC proponents clarified that they are indeed pro-business. They just want the right kind of businesses in Morgan Hill.

“Our message to the business community and the investor/brokerage community is, nothing has changed in the content of our guiding principles,” Ramirez said. “We continue to ground ourselves with the goals listed in the city’s Economic Blueprint. We are very clear in the companies we want to attract that support tourism, retail, advanced manufacturing and medical.”

Baranowski added that MHRGC members were never anti-business. Rather, they have always wanted the city to preserve its scarce industrial land for projects that bring sustainable jobs and the maximum of revenues to the city’s general fund.

“The initiative was never a risk to having a thriving industrial sector in Morgan Hill,” Baranowski said. “The real risk was (the city becoming) overrun with distribution centers because of e-commerce building demand and a zoning code that allowed them.”

Ramirez said in general any time a city proposes a growth initiative, there is a risk that the business community will become nervous. Initiatives are often seen as regulatory and more permanent than other ordinances as any future changes require voter approval, Ramirez explained.

“That can be a challenge in a business climate that requires the ability to be flexible and change to accommodate trends and industry growth,” she said.

Some who spoke at the April 7 meeting said they have talked directly with business owners who are contemplating moving their operations out of Morgan Hill due to the recent initiative discussions.

Mayor Pro Tem John McKay said moving forward, city officials have their work cut out for them in their pro-business messaging campaign. He hopes Baranowski and other MHRGC members will help in that effort.

“If the initiative folks could express openly to the community that the best way to ban the distribution centers that none of us want, is by policy and not by building design criteria, that would go a long way to help ease concerns in our business community,” McKay said.