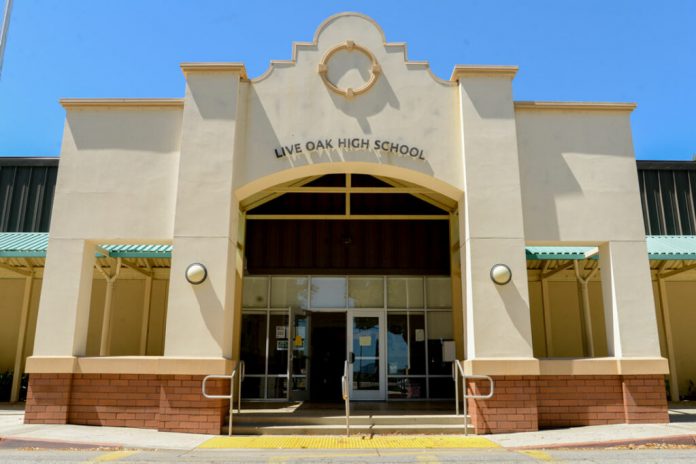 School district officials are investigating a weekend vandalism incident at Live Oak High School in which someone allegedly tagged the campus with graffiti.

Morgan Hill Unified School District spokeswoman Lanae Bays said the graffiti was discovered early Saturday morning, June 27. School district staff “immediately” removed the graffiti as soon as they noticed it. “At this time, we are reviewing camera footage,” Bays added. “A police report has been filed, (and) we don’t have any further info at this time.”

Authorities have declined to specify the content of the graffiti, or how or where on campus it was applied. Photos of the alleged vandalism, posted on social media, appeared to show phrases including “Live Oak is racist” and “BLM” were spray-painted on the sides of campus buildings, in black paint. BLM has been seen at recent protests throughout the U.S. as an abbreviation for Black Lives Matter, a growing nationwide activism and protest movement.