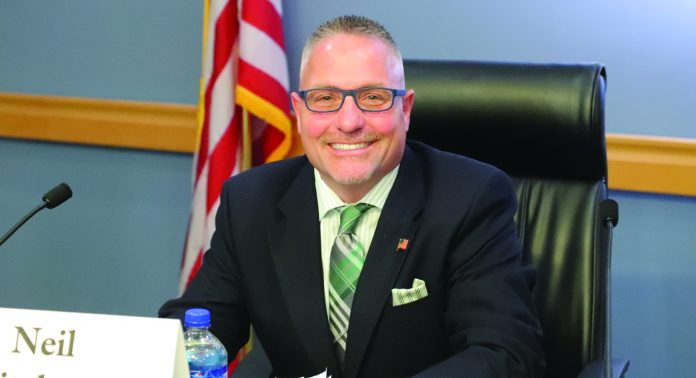 Neil Kitchens, a Republican candidate who ran an unsuccessful campaign for the 30th District State Assembly seat in 2018, has been charged with five counts of election fraud.

Kitchens pleaded not guilty at an arraignment June 27 in Monterey County Superior Court, according to court filings. He has been charged with three counts of procuring or offering a false or forged instrument and two counts of voter registration fraud.

He is set to appear for a hearing to set his preliminary examination on July 16 in Monterey Superior Court. A complaint was first filed against Kitchens by the Monterey District Attorney’s office on May 24, according to court filings.

Kitchens lawyer, Frank Dice, would not comment to the Times on the case, but confirmed the charges that had been filed against his client.

The preliminary examination will determine if there is enough evidence to allow the case to go forward.

The Nov. 8 ballot will be filled with choices...
Business

Most incumbents will face competition on the Nov. 8...