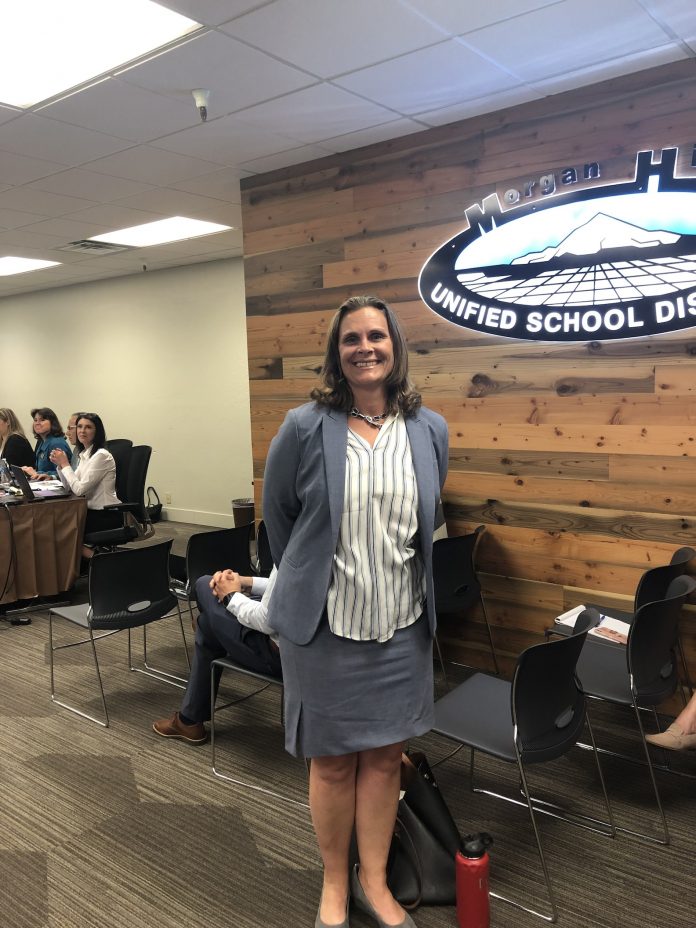 Historic eatery goes down to clear place for ‘math castle’
Morgan Hill – It was a nostalgic day for fans of the one-of-a-kind Flying Lady Restaurant in Morgan Hill, as the 34-year-old former tourist trap was demolished Friday to make way for John Fry’s forthcoming “math castle” to house the American Institute of Mathematics.

And while excitement mounts for the new development, some local residents were sad to see the old restaurant-museum go. A popular tourist trap in its heyday in the 1970s and 1980s, the dining room included a Piper Cub hanging from the ceiling and scale-model planes circling the restaurant on a converted dry-cleaner’s rack. Outside were totem polls and a 40,000-square-foot hanger with antique airplanes.

“It was a wonderful place … a magical place,” said Liz Sapienza, who lives near Fry’s golf course, located on Foothill Road. “Generations of children in the area have gone to the Flying Lady.”

The restaurant originally opened in 1972 and was a part of Morgan Hill resident Irv Perlitch’s museum and parklands called Hill Country. Perlitch, who made his fortune by founding Aristocrat Travel Trailer after moving to Morgan Hill in 1958, collected unusual antique airplanes such as a 1929 Ford Tri-motor, the first commercial passenger plane to make coast-to-coast flights. He sold his successful trailer business in 1969 to pursue life in the tourist industry.

As the popularity of Hill Country grew, a larger building was constructed between 1977 and 1981 to house the Flying Lady Restaurant.

“It was a dandy place … it really was,” said Perlitch, 79, who met developers recently to discuss the restaurant’s demolition. “Everything about it was different. I told them, ‘If you lay a finger on that building, you’ll have your hands full!’ I know what it took to build.”

In 1994, the property was sold to the American Institute of Mathematics, a nonprofit organization founded by electronics mogul John Fry and partner Steve Sorenson. At that point, many of the old airplanes were auctioned off to collectors, Sorenson said. Some of the model planes are housed at San Martin’s Wings of History museum.

AIM plans to construct a 167,000-square-foot convention hall to house its think tank. Architects have modeled designs after the Alhambra Palace in Spain, a centuries-old building renowned for its mathematical symmetry. AIM’s directors have promised Morgan Hill officials and residents its new center would raise the city’s educational and cultural profile with international conventions and hosted field trips for local students.

“It was an interesting chapter in Morgan Hill’s history, but what’s coming (to take it’s place) is so exciting,” said Morgan Hill City Councilman Greg Sellers, who worked at the original Flying Lady from 1976 to 1979 when he was in high school. “For us, it was one of the few places where you could get a good job! It was unique, one-of-a-kind … Morgan Hill was a small town then, but people were likely to know about the Flying Lady.”

Morgan Hill Community Development Director Cathy Molloy-Previsich said AIM’s original project description, submitted several years ago, provided a plan for restoring and reusing the Fly Lady building – as well as a plan for demolishing it. In the end, developers went with the latter option.

Sapienza, who moved to San Martin 10 years ago, remembers living in San Jose and visiting the Flying Lady with her son.

“It was an amazing place, nestled into the hillside. It wasn’t intrusive. Lord only knows what the ‘Alhambra’ will look like,” she said.

Tony Burchyns is a staff writer for South Valley Newspapers. He can be reached at (408) 779-4106 or at [email protected]

GEPDA rescues dogs, giving them a place of refuge in the process

The Group Education to Protect and Defend Animals (GEPDA)...
Community

By Lesley Miles So sad, so beautiful both in the...
Community

By Santa Clara County Supervisor Mike Wasserman Like you, I...