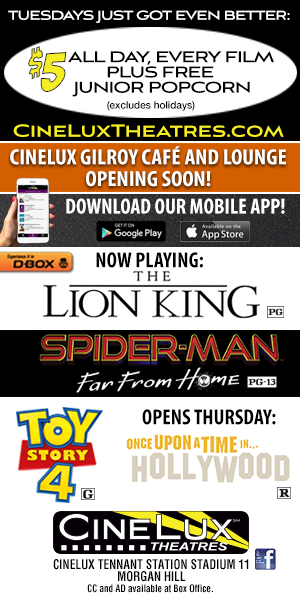 The Santa Clara County Board of Supervisors voted unanimously Aug. 25 to adopt a resolution to to keep trains carrying millions of gallons of crude oil out of Santa Clara County.
Specifically, the resolution opposes the Phillips 66 Company Rail Spur Extension and Crude Oil Unloading Facility Project in San Luis Obispo County.
The Rail Spur Project would allow for up to five trains per week, each carrying over 2 million gallons of heavy, high-sulfur crude oil, to pass through San Jose, Morgan Hill, San Martin and Gilroy on the Union Pacific Railroad rail line. Crude oil is highly toxic and combustible and the possibility of oil spills, fires and explosions poses a grave public safety threat to the region, according to the county’s press release.
“This would set a dangerous precedent for other oil companies to follow suit, and it poses an unacceptable risk to our community,” Supervisor Cindy Chavez said. “That is why today (Aug. 25), the Santa Clara County Board of Supervisors joins over 40 other public agencies and elected officials throughout the state in expressing its strong opposition to the Rail Spur Project.”
A Draft Environmental Impact Report released Oct. 10, 2014 identified the main hazard of the Rail Spur Project as potential accidents along the UPRR rail line resulting in oil spills, fires and explosions, the press release states. With roughly 200,000 residents, as well as hundreds of businesses, schools, government buildings, and venues within a one-mile radius of the proposed oil train route, the risk of oil train accidents is substantial, according to the county.
“Our region is not lacking in access to crude oil, and there are already safer methods of transport in use,” Supervisor Ken Yeager said. “Moving such a volatile product by train through heavily populated areas is just too risky.”
In a May 20 report to the Morgan Hill City Council on rail safety and the establishment of “quiet zones” along train tracks, city and fire department staff reported that the shipment of crude oil by rail and the frequency of accidents and spills has increased dramatically throughout the country.
Oil by rail transport in the U.S. has increased from 9,500 carloads in 2008 to 434,000 carloads in 2013, according to the report. A carload is about 25,000 gallons. Most of the oil by rail is transported from Canada and North Dakota.
“While moving oil by rail is more expensive than by pipeline, it is faster and offers greater flexibility,” the report reads.
As these shipments have increased, so have the number of accidents resulting in hazardous materials spills, the report continues. Incidents involving oil by rail in California increased from three in 2011 to 25 in 2013. Total petroleum spills by rail in California increased from 98 in 2010 to 182 in 2013. Most reported incidents document a small volume of oil released, but the potential for high consequence incidents will likely increase as more oil is transported by rail.
“A rail accident almost anywhere in California would place waterways and sensitive ecosystems at risk,” reads the report.
In Santa Clara County, the occurrence of such incidents is historically “very low.” No such spills or accidents involving crude oil by rail have been reported in the last 10 years.
The Union Pacific tracks that run through Morgan Hill are primarily used to transport passenger trains.
The federal Department of Transportation has implement a series of safety measures to minimize the risk of a spill and improve the emergency response to incidents as the volume of oil transported by rail has increased, the report continues.

By Lesley Miles So sad, so beautiful both in the...
Community

By Santa Clara County Supervisor Mike Wasserman Like you, I...
Community

Parade, fireworks and more on tap for July 4 in Morgan...