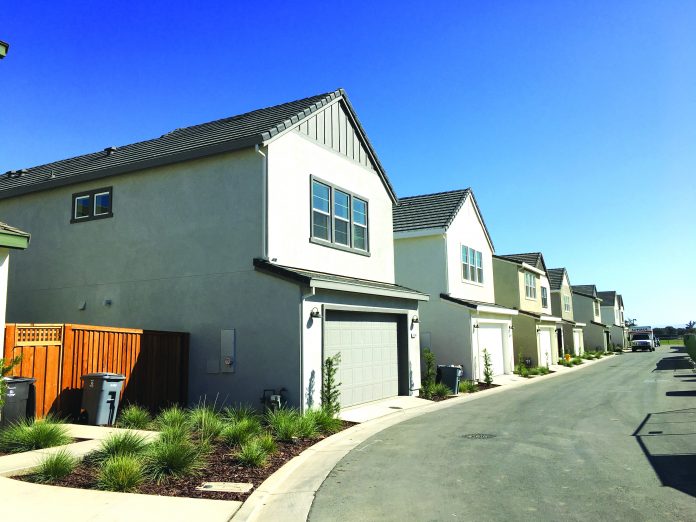 The Santa Clara County Board of Supervisors voted unanimously May 26 to extend an eviction moratorium on residential and commercial tenants through August, but the decision is contingent on Gov. Gavin Newsom extending the state’s order before it expires on May 31.

If Newsom does not extend the moratorium, the county will consider a modified ordinance on June 2, Supervisor Joe Simitian said.

An extended repayment plan is also expected to be developed, after some members of the public urged the county to look at the City of San Jose as an example. The city council there voted last week to allow tenants 12 months after the expiration of the eviction moratorium to pay back past-due rent. The county’s current ordinance requires rent to be repaid within 120 days after the moratorium expires.

Newsom signed an executive order March 16 that allowed local jurisdictions to halt evictions for renters and homeowners and slow foreclosures, among other things, through May 31. The order does not relieve a tenant from the obligation to pay rent, or restrict the landlord’s ability to recover rent that is due.

On March 24, the county supervisors approved a countywide moratorium on evictions during the Covid-19 public health crisis. The moratorium applies to all 15 cities within the county.

In South County, the Morgan Hill City Council in March approved the concept of a moratorium if the supervisors failed to approve the countywide ordinance, while the Gilroy City Council voted down a local moratorium.

“We are still waiting to see what the governor does with the executive order,” County Counsel James Williams said, adding that if it isn’t extended, “There are some pieces that we might be able to move forward with, but not the entirety of the ordinance.”

Michael Trujillo, a staff attorney with the Law Foundation of Silicon Valley, said the moratorium is the only way many families in the county are able to stay in their homes during the pandemic.

“Santa Clara County has been slower to reopen than many places in the state, and tenants haven’t had a chance to earn an income that will allow them to resume their normal rent payments on June 1,” he said.

Property owner Jeff Zell called a one-year repayment plan “somewhat reasonable,” but said his management company has put a hold on renting out available units because the county has not set firm dates on reopening.

“These tenants are going to basically dig themselves in a hole unless you put them back to work,” he said.

In a letter to the board, landlord Amy Harris wrote that one of her tenants stopped paying rent after claiming hardship due to Covid-19. However, according to Harris, the tenant remains employed with a “good company” and after being served with an eviction notice, said the action could not be enforced.

“He is definitely abusing your ordinance,” Harris wrote. “He did not suffer any hardship, and is very well capable of paying what he owes me, but they are circumventing their obligations, because of your ordinance.”

The California Department of Public Health announced May 25 that a statewide reopening of places of worship for religious services and in-store retail shopping is in effect.

The new guidance for religious services and cultural ceremonies encourages organizations to continue online services and activities, including to protect individuals who are most at risk for more severe Covid-19 symptoms, including older adults and people with specific medical conditions.

According to the state’s new guidance, places of worship can hold religious services and funerals that limit attendance to 25 percent of a building’s capacity—or up to 100 attendees—upon approval by the county department of public health.

Places of worship must establish and implement a Covid-19 prevention plan for every location in order to reopen for religious services and funerals. They must also train staff on the plan and regularly evaluate workplaces for compliance.

The state still recommends that staff and guests wear cloth face coverings along with screening staff for temperature and symptoms at the beginning of their shifts.

The existing guidance for retailers, which previously allowed for counties to move further along the reopening process, now applies statewide.