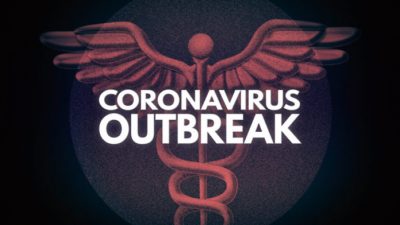 Another case of ‘COVID-19’ reported in CA

County has two, state has seven of the 13 U.S. reported cases

Santa Clara County supervisors this week extended until April 10 a local health emergency because of the continuing threat of the new worldwide virus, which the World Health Organization has officially named ‘“COVID-19.”

The resolution approved by the supervisors Feb. 10 ratified and extended a Feb. 3 declaration of the local health emergency by county Health Officer Dr. Sara Cody, because of “an imminent and proximate threat to public health from the introduction of a novel coronavirus.” The WHO designation of the virus name was announced Feb. 11 and the organization has declared the outbreak to be a global health emergency.

Two cases of COVID-19 have been reported in Santa Clara County, and another two in San Benito County, among just 13 nationwide. All individuals are quarantined and recovering, according to health officials.

Also on Monday, a seventh case of the virus was reported in California. The first confirmed case of COVID-19 among hundreds of people who were evacuated from China to military bases around the United States was reported in San Diego.

One adult and three other evacuees had been in hospital isolation in San Diego after showing symptoms of the virus, but federal health officials said Sunday the four had tested negative and rejoined more than 200 people under a 14-day quarantine. On Monday morning, however, officials with the U.S. Centers for Disease Control and Prevention informed San Diego County health officials of one positive test for the virus.

The Santa Clara County Board of Supervisors also delegated authority to Cody to terminate the local health emergency “at the earliest possible date that conditions warrant the termination.”

Cody reported that “the exact modes of transmission, the factors facilitating human-to-human transmission, the extent of asymptomatic viral shedding, the groups most at risk of serious illness, the attack rate and the case fatality rate all remain active areas of investigation, but are poorly characterized at this time.”

The best information to date, she said last week, “suggests that the virus is spread between people primarily via respiratory droplets produced when an infected person coughs or sneezes.”  Symptoms of the virus include fever, cough, and shortness of breath, and infected individuals have experienced a range of outcomes, from mild sickness to severe illness and death.

The CDC believes at this time that symptoms appear two to 14 days after exposure.  Currently, there is no vaccine or specific antiviral treatment for 2019-nCoV.

The San Benito couple was transferred out of the county last week by a special quarantine ambulance to a hospital with special treatment facilities after their condition worsened. No updates of their health condition were available this week.

Dr. Marty Fenstersheib, San Benito County health officer, stressed that “even with news of this case, the risk to the general public remains low.”