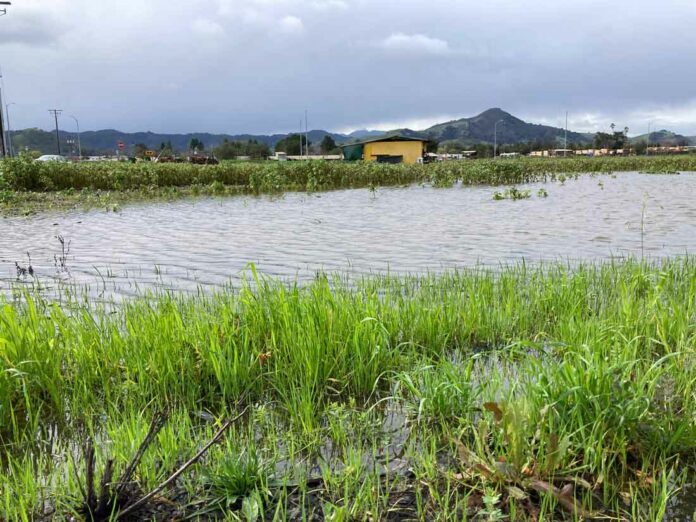 While many Morgan Hill residents and businesses are still drying out from nearly constant rainfall in recent weeks, the latest weather forecast is finally calling for a noteworthy dry spell for the area.

According to a Jan. 17 forecast by the National Weather Service, the skies over Morgan Hill will finally clear up by this weekend and for the foreseeable future.

“Fortunately, there is an end in sight to the recent deluges we’ve been having,” NWS Meteorologist Jeff Lorber said.

The forecast includes “one more storm” rolling into the Bay Area and South Valley Wednesday night, Lorber said. That storm will bring lighter rainfall than recent storms, with between one-tenth and two-tenths of an inch of rain. The storm should move out by Thursday morning, Jan. 19.

The storm will bring “some breezy winds,” and Lorber noted that hazards still exist from the possibility of trees blowing over in the soft soil that is waterlogged from near-constant rain since late December.

After Jan. 18, South Valley will be “dry through the weekend and through at least the middle of next week,” Lorber said. Clear, sunny skies are in the forecast from Jan. 19-22.

With the dry weather will be cooler temperatures, and weather experts are encouraging counties to reach out to homeless people and make sure they have shelter. Temperature forecasts for late this week include lows in the upper-30s—possibly dipping below freezing in some areas of South Valley Thursday night or Friday morning, Lorber said.

Since a massive atmospheric river dumped more than 2 inches of rain on Morgan Hill Jan. 9-10, additional storms have dropped another 2-3 inches on local areas. More local wind advisories and flood warnings were issued over the Jan. 14-15 weekend before the latest storm finally left the region Monday.

Residents and property owners in the Uvas Reservoir and Pacheco Pass River Basin were again given an evacuation warning on Jan. 13, for the third time in less than a week.

Local flooding prompted road closures throughout South County. Officials declared states of emergency throughout the Bay Area and Central Coast. The weather resulted in power outages for thousands of PG&E customers up and down the state.

Although Valley Water officials have said it is too soon to predict end-of-season water supplies, the winter rain has been a boon for local reservoirs. Coyote and Uvas reservoirs—both located in South County—were filled beyond capacity and flowing over their spillways as of Jan. 17, according to valleywater.org. Chesbro Reservoir in west Morgan Hill is at 89% of its capacity.

Anderson Reservoir was drained to below 10% capacity by December 2022, so that crews could work on an intensive seismic retrofit of the Morgan Hill water body’s dam. However, as of Jan. 17, recent rains had filled Anderson Reservoir to nearly 44% of its capacity.