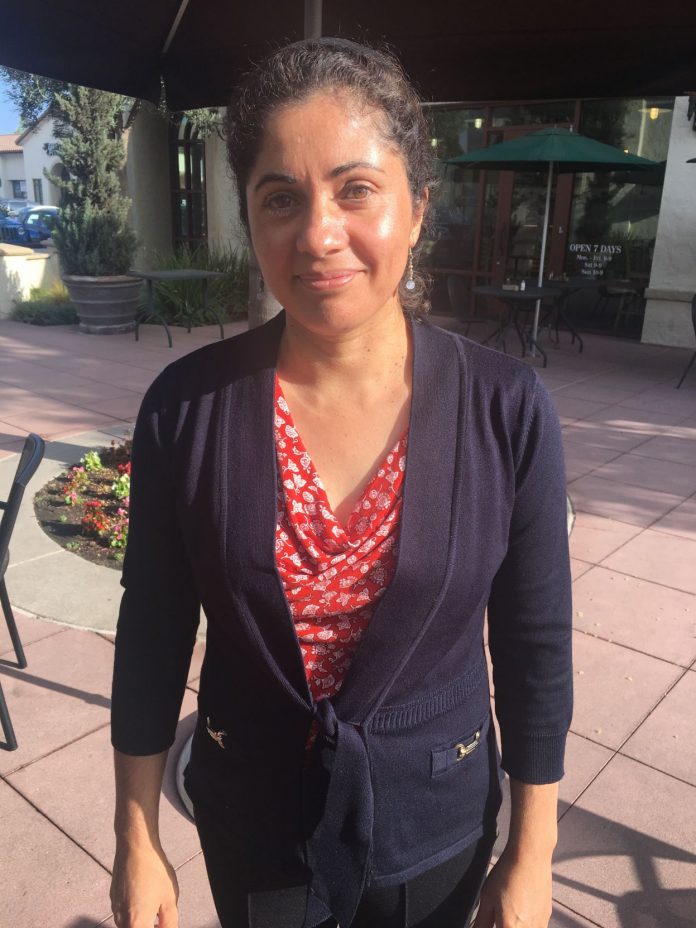 Sobrato Bulldogs Run Away with Another Win After Impressive Second Half

“At half-time, coach (Jeff Patterson) told us we have a whole new game to play,” said defensive end Darian Chatman. “It was going to be a short game, but he told us ‘Let’s get serious.’”

And serious they became as the Bulldogs outscored the Knights 20-0 in the second half after going into the locker room knotted up at 14 points apiece.

Leading the charge for Sobrato was running back Eric Woodruff who ran for 174 yards on 14 carries and a touchdown. Second in rushing was Steven Gutierrez with 65 yards on 12 attempts with one touchdown.

“Eric and Steven worked hard,” Patterson said. “That is why I went to split backs this season.”

With the first varsity home win, Sobrato evened up its record at 2-2. With their second win in a row, the Bulldogs handed Stoneridge its fourth consecutive loss for the season.

This week, Sobrato will put its streak on the line as the team travels to Salinas to take on Alisal – who has won its last three games including a victory over Live Oak. In the last two, the Trojans outscored their opponents 113-7.

Patterson said the game will be tough, but what Alisal will throw at them will not be a complete surprise.

“We have already gotten a look at the wing-T (which is run by Alisal) when we played in preseason warm-ups against Santa Teresa,” Patterson said.

The touchdown completed a 53-yard drive which took nearly five minutes off the clock in the first quarter.

What Sobrato couldn’t get control of was the point-after attempts. All three tries for the extra-point were blocked by a stingy Knights’ defense.

Stoneridge answered back with a touchdown of its own in the second quarter with Brytian Geary catching a four-yard pass from Matthew Borges to take a 7-6 lead.

The Knights’ score was the first of three touchdowns in successive drives from both teams.

The Bulldogs responded by charging 70 yards in five plays. Gutierrez brought the ball into the endzone on a two-yard run, which was the only rush of the possession for less than 10 yards. After a two-point conversion, the Sobrato led 14-7.

Stoneridge drove nearly the same distance, but in shorter bursts, in its ensuing drive. With only one rush breaking the 10-yard mark, the Knights traveled 68 yards culminating with a two-yard run by Frank Casillas.

After that drive, the Bulldog defense became unrelenting.

“The defense was solid,” said Tommy Broome. “In the first half, we let up and they got some yards. But in the second half, we were great.”

Even though Kellett threw an interception immediately following the Knights’ scoring drive, the defense made sure the mistake was not costly. They gave up a 25-yard reception to Casillas, but that was the biggest play of the drive as the Knights turned the ball over on downs.

In the second half, the Bulldogs began to fire on all cylinders.

In the first play from scrimmage of the second half, running back Eric Woodruff ran for 67 yards to the endzone, putting the Bulldogs up 20-14.

With the touchdown, Woodruff has scored in three straight games since he recorded the varsity football team’s first points during the game against Santa Clara.

The defense played strong the entire half and was rewarded in the third quarter when Chatman found himself in the middle of a running play gone bad. As the Stoneridge quarterback attempted to hand off the ball, he said, the pigskin popped into the air and into his arms.

Chatman, who admitted after the game he was in shock, kept his composure to run 15 yards and put the Bulldogs up 28-14 when Kellett converted the two-point play.

It was Sobrato’s first defensive touchdown.

The Bulldog’s scoring ended the same way it began: with a pass to Duggan.

In the fourth quarter, Duggan beat two defenders to get wide open for a 36-yard completion and touchdown. After the Knights blocked the extra-point attempt, Sobrato went up by the final margin of 34-14.

There used to be a time when Oak Grove...
High School Sports

Now in his second season as the Sobrato High...
High School Sports

For the second straight season, Sobrato High is the...