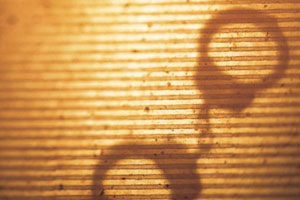 An employee of United Methodist Church in downtown Morgan Hill reported that a homeless individual was smoking marijuana on the front porch of a house next to the church. The employee wanted the man to be removed from the property. The subject had been camping out on the home’s front porch. The incident was reported 12:52pm Jan. 8.

Someone broke into a vacant building next to Anytime Fitness off Cochrane Road and removed a lockbox to the structure, and cut wires to the mechanical room. The vandalism was reported 1:36pm Jan. 8.

Tampering with a motor vehicle

Someone drilled out the locks on a Ford F250 pickup truck and rummaged through the inside of the vehicle. The truck was parked at Hobby Lobby, 990 Cochrane Road, when the crime occurred. The crime was reported 1:18pm Jan. 9.

A thief or thieves used a vehicle to tear down a construction yard fence and stole an Excavator and the trailer it was situated on. The crime was reported 2:22pm Jan. 9 at 19490 Monterey Road.

A vehicle that had been previously reported stolen was recovered in the area of Nina Lane and San Pedro Avenue in Morgan Hill. The vehicle was recovered 4:22pm Jan. 10.

Someone stole a silver Ford Fusion from the Ford Store, 17045 Condit Road. The theft was reported 4:32pm Jan. 7.

A resident of an apartment complex in Morgan Hill was arrested on suspicion of domestic battery after a neighbor reported hearing a couple fighting through the walls. The neighbor called police to report the incident about 11:52pm Jan. 9.

A burglar or burglars smashed the front window of 76 gas station, 1107 Cochrane Road, and stole lottery tickets, a cash register and cash. The crime was reported 4:59am Jan. 10.

Someone broke into a storage shed outside the Morgan Hill Community and Cultural Center. The burglary was reported 12:19pm Jan. 10.

Someone reported about 20 people were gathering in the front yard of a residence near Stoney Creek Way and Llagas Creek Drive, in violation of shelter-in-place guidelines. Police responded and determined that the gathering included people from three homes that live next door to one another, and they were social distancing. The gathering was reported 4:07pm Jan. 10.

Someone stole a license plate from a mailbox on Church Street. The theft was reported 10:59am Jan. 7.

A man was reportedly fly fishing at the city duck pond at Community Park, 225 W. Edmundson Ave. Police arrived and told the man fishing was not allowed at the park, and he left the area. The code violation was reported 3:52pm Jan. 7.