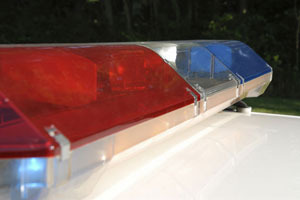 A customer of a restaurant in downtown Morgan Hill, located on the 17400 block of Monterey Road, called police to report that a fellow customer was not wearing a facemask. The incident was reported 3:11pm Aug. 8.

A customer of Taco Bell, 17000 Condit Road, was upset because the restaurant’s employees were not wearing masks correctly. The incident was reported 10:24pm Aug. 17, and the call was referred to the MHPD day shift.

Someone broke into a silver Kia Optima parked on Larkspur Loop and stole a Glock handgun from the glove box. A garage door opener was also stolen from the vehicle. The crime was reported 5:28am Aug. 9.

A thief or thieves stole a blue Honda Civic from Acacia Mobile Home Park on Monterey Road. The crime was reported 5:21am Aug. 10.

A silver Ford Explorer was stolen from a garage at a residence on Crest Avenue. The crime was reported 5:20pm Aug. 17.

A vehicle collided with a pedestrian at the intersection of John Wilson Way and Monterey Road about 11:30am Aug. 20. The pedestrian was transported to Saint Louise Regional Hospital with major injuries.

An off-duty police officer detained a suspect who was attempting to break into the rear door of a home on Cory Drive. The suspect was an ex-boyfriend of a resident who lived at the victim’s home. Police arrested the man. The crime was reported 9:40pm Aug. 20.

A resident of Walnut Grove Drive saw two suspects attempting to break into a Chevrolet Silverado. The suspects fled when they noticed the witness saw them. The crime was reported 10:20am Aug. 21.

Someone smashed the windows on a black Jeep Compass parked in the area of Church Street and Bisceglia Avenue. The crime was reported 10:25am Aug. 17.

A customer of Burger King, 830 E. Dunne Ave., became angry at staff and removed Covid-19 health certifications that were posted on the wall. The incident was reported 11:32am Aug. 17.

A suspect or suspects stole the rear license plate off a Toyota Sienna van parked at the Home Depot, 860 E. Dunne Ave. The crime was reported 12:41pm Aug. 17.

Report: Coe Park ecology will thrive due to SCU Fire

New website schedules Covid tests up to a week in advance

Report: Coe Park ecology will thrive due to SCU Fire

New website schedules Covid tests up to a week in advance