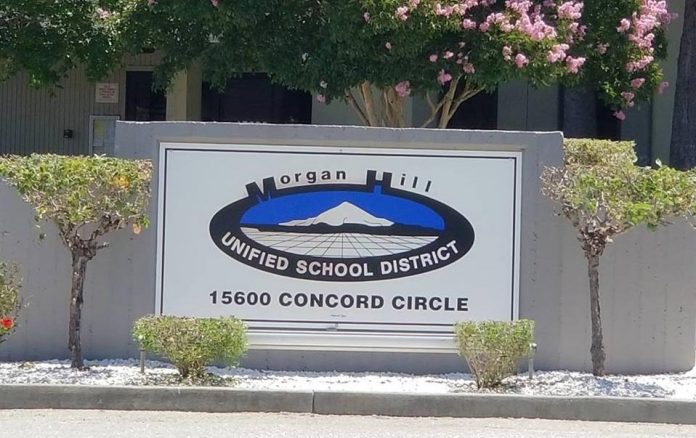 The mid-semester transfer of one principal this month led to the shuffling of several positions in Morgan Hill schools.

Effective Nov. 12, Claudia Olaciregui was transferred from her position as principal of the San Martin/Gwinn Elementary School, to a special assignment at the Community Adult School in Morgan Hill. Olaciregui had been principal at the dual immersion Spanish/Engilsh K-8 program for more than five years. The district provided no further information about the transfer.

Alex Aasen moved from his position as principal of Martin Murphy Middle School, after three  years, to be the new principal at Gwinn.

Aubrey Dimas, who was assistant principal, is the new principal at Martin Murphy, according to the Morgan Hill Unified School District.

Aasen started his teaching career as an English and world history teacher at Martin Murphy. As principal, he is credited with improvements in technology use in the classroom, enhanced instructional practices, and support of school climate efforts such as “restorative justice.”

Dimas has been an educator for 18 years, all of it at the middle school level. She previously was assistant principal at Hoover Middle School in San Jose and was a teacher in Berryessa.

The newest member of the Morgan Hill Unified School District Board of Trustees is Jeanne Gilliard, representing Area 5.

Gilliard, a graduate of 2017 Leadership Morgan Hill, was appointed by the board to fill the vacancy created in August when first-term trustee Vanessa Sutter resigned because her family moved outside of her designated trustee area.

The position is up for election in November 2020.

Gilliard is the second appointee this year on the school board. In January, Adam Escoto was appointed by the board to replace former board member Teresa Murillo, who resigned with two years remaining on her Trustee Area 7 term.