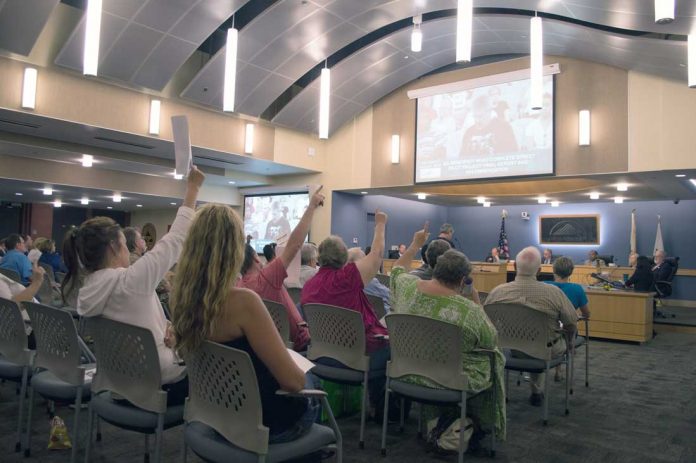 While the voters are getting ready to decide the fate of a current hotel proposal in north Morgan Hill, the city council last month closed the books on a previous referendum effort for a different site that was once pegged for a future hotel.

In 2014, the council attempted to rezone the property and change its general plan classification to commercial. A developer had submitted plans to build a new hotel on the site, but such a use would not have been allowed under the industrial zoning.

The council’s 2014 action prompted litigation from existing hotel owners, who acted as the Morgan Hill Hotel Coalition to gather signatures for a ballot referendum. That process resulted in a protracted legal dispute between the City of Morgan Hill and the hotel coalition, ending with an August 2018 ruling by the California Supreme Court.

The state Supreme Court overturned previous case law and declared that voters have the right to challenge zoning ordinances through ballot measures and referendums. The court kicked the dispute back down to the trial courts.

The council revisited the issue Dec. 18, ultimately deciding to keep the property zoned and classified as industrial. If the council had still wanted to rezone the property for commercial use, they would have had to submit the question to the voters on the November 2020 ballot, according to a city staff report.

“Rather than continue litigating the case, staff now recommends that the city council rescind” the 2014 zoning ordinance, reads the city staff report. “This will prohibit the site from being rezoned to commercial for a period of one year but will allow the property to be developed as industrial if that is preferable to the property owner.”

The Morgan Hill Hotel Coalition more recently launched and completed a separate referendum effort for a different property where another developer wants to build two new hotels. This property is located at Madrone Parkway and Woodview Avenue, and is the subject of Measure A on the March 3 ballot.